Joe Wright became a member of the International Steel Guitar Hall of Fame in 2014.  Joe has played steel guitars beginning in 1963 when he took his first lesson. The Oahu method was Joe's introduction to playing steel. His first guitar was an acoustic with the nut raised. He was 8 years old. The home page of pedalsteel.com shows Joe at his Grandmother's retirement party playing a triple neck Fender.

At the age of 16 Joe got his first pedal steel and has never looked back. He soon was in a band called the Lake Valley Trio with Jim and Sue Libey. From their he went on to play 5 year with Trilly Cole and then a tour with the Best Little Whorehouse in Texas. In 1983 Joe became a member of the Charley Pride show as a Pridesman. In 1993 Joe started Joe Wright Productions and in 1996 started this website. 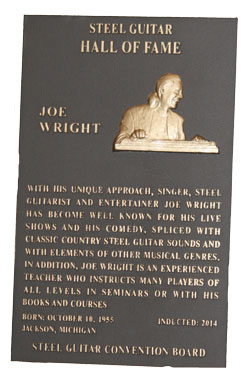 Joe's studio set-up with 2 ipads and a mac. 7 cameras. 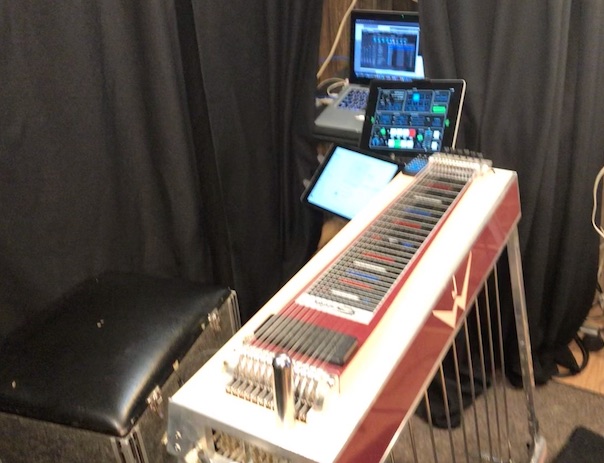 Below we see Joe's monitors and 4 of the cameras. 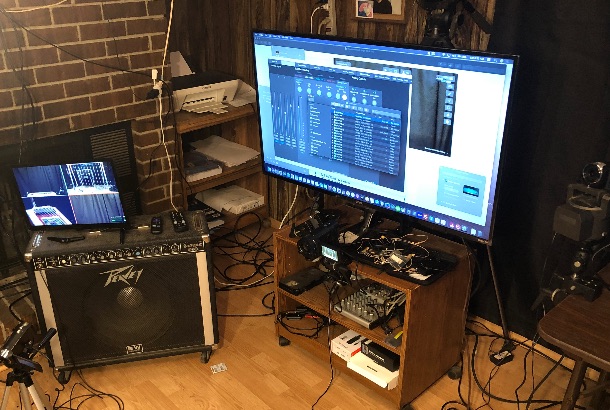